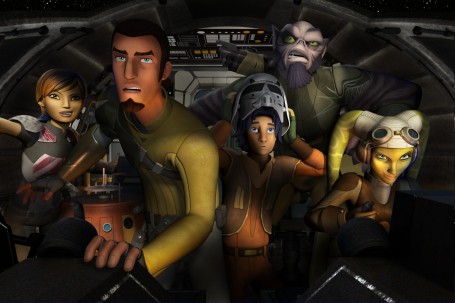 The epic saga continues with an hour-long, two-part episode during which viewers can welcome back fan-favourites, such as Ahsoka Tano and Ezra Bridger, as well as classic characters including the ultimate villain, Darth Vader.

“Star Wars Rebels” continues the epic story-telling tradition that has captivated generations of “Star Wars” fans since 1977. Its story is set in the era between the film’s prequel trilogy and original trilogy and is in a unique position to bridge the two both aesthetically and generationally.

Honoring the past while moving boldly into the future, the series features fantastic icons from “Star Wars” while introducing a new generation to the far corners of the galaxy, one full of exotic new creatures and characters.

Star Wars Rebels has been a smash hit across EMEA reaching over 26 million (of which 9.5 million were Kids and 5.5 million were Boys) across 14 reported markets in the last quarter Q1 FY15. The Star Wars franchise* was viewed by 30.8 million Individuals, of which 11 million were kids.