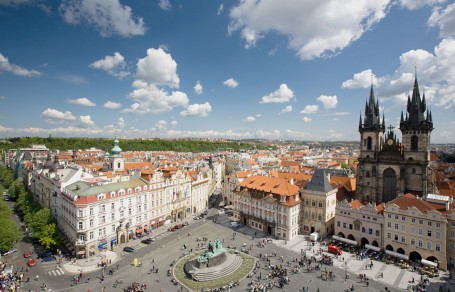 Colliers International today released its Q2 2016 Market Overview for the Czech Republic. The report, which covers the investment, office, and industrial markets in Prague and throughout the Czech Republic, provides both summaries and analyses of developments in the last quarter, and also looks ahead to the future.

H1 2016 saw the total volume of real estate investment exceed €877 million, a (year-on-year) y-o-y decrease of 25%. However, the total transactional volume in reality was actually higher due to the fact the sales price of some transactions (especially hotels) remained confidential.

The largest transaction of the second quarter was the purchase of Forum Usti shopping centre in Usti nad Labem for €82.6 million by NEPI, followed by the acquisition of Forum Liberec by the same buyer for €80 million. The third largest transaction was a set of three buildings on the prime high street on Na Prikope Street in Prague by LaSalle Investment Management (LIM).

The two newly completed office buildings were fully let by the time of completion. In combination with a healthy level of demand, the vacancy decreased by 160 basis points quarter on quarter (q-o-q) to 12.3% by the end of Q2.

The city wide average rent remained unchanged at €13.20 per square metre per month.

During Q2, 182,400 square metres of new space was completed in some 12 buildings across the Czech Republic. Upon completion, some 36.3% of the newly delivered warehouse space was vacant. Eight of the new warehouses were fully occupied.

The Greater Prague Area (Prague) remains the largest warehousing region in the country with 2.4 million square metres of warehouse space, which represents 39% of all manufacturing and logistics space in the Czech Republic.

Prague warehousing market offered 74,000 square metres of space, which was 26% of all space in the Czech Republic with a 3.2% vacancy rate for this region.

Prague dominated take-up figures with 154,200 square metres, which was 44% of the quarterly take-up. The second most active region was Usti nad Labem with 38,800 square metres or an 11% share.

The largest deal of the quarter was the pre-lease of Sportisimo (34,800 square metres) at ProLogis Park Prague – Rudna.

Office space (within the industrial buildings) leased at €8.00-€9.00 per square metre per month.

Colliers professionals think differently, share great ideas and offer thoughtful and innovative advice that help clients accelerate their success. Colliers has been ranked among the top 100 outsourcing firms by the International Association of Outsourcing Professionals’ Global Outsourcing for 11 consecutive years, more than any other real estate services firm.

For the latest news from Colliers, visit Colliers.com or follow us on Twitter: @Colliers and LinkedIn. To see the latest news on Colliers International in the Czech Republic, please visit colliers.cz.