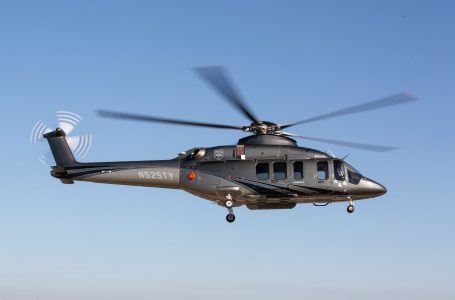 Everything is calm and quiet at the Buttonwillow Airport in northwest Kern County, California, as the Bell 525 Relentless moves one step closer to becoming the first certified-commercial fly-by-wire helicopter in the market.  In the past month, the Bell team completed another stage of flight testing – acoustic signature testing. They conducted the tests at the Buttonwillow Airport, an ideal location due to its lack of background noise and proximity to Bakersfield to support the test operation technicians.

Adapting to the current global environment, the teams were able to maintain safe distances from each other during testing. “We were able to get our test data very easily while simultaneously practicing social distancing because the monitoring locations are naturally hundreds of feet apart,” said Mike Bucka, AAAI, testing project manager. “The weather was more of an issue for this effort, but we were able to work our schedule around the rainstorms.”

It’s no secret that the demand for quieter solutions from the rotorcraft market is stronger now than ever before. Certain major cities in the United States, such as San Francisco, have heavily regulated flights over these urban areas to reduce noise population. Even as our largest commercial product, the Bell 525 Relentless is developed with the intent to maintain low noise and high performance. Big enough to fit 16 passengers, this platform boasts smooth vibrations and low noise operations, offering advanced technology and a great in-flight experience. It is ideal for offshore operations, corporate travel, military troop transport and many other missions. And because of our team’s hard work and dedication, it’s one step closer to making history and becoming the first of its kind.