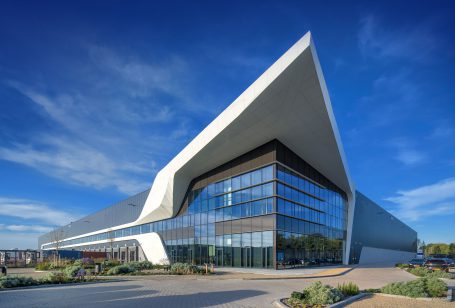 15,986 square metres for Picnic at Prologis Park Eemhaven, the Netherlands

“Our portfolio has never been in better shape,” said Ben Bannatyne, president, Prologis Europe. “Demand is healthy, and we finalized our multi-year disposition program ahead of schedule, redeploying those proceeds into development. Now, our focus is on capitalizing on rent growth and the tremendous benefits that come from our scale, including an intense focus on customer service that centers on solving our customers’ pain points and elevates our relationships with them.”

In the fourth quarter, the company started 12 new developments in the Czech Republic, France, Italy, the Netherlands, Slovakia and the United Kingdom totalling 287,783 square metres; 31.1 percent was build-to-suit and 68.9 percent was speculative.

“Supply in the fourth quarter was healthy and in line with the strength of immediate demand which, together with continued low vacancy rates, allowed for a disciplined increase in speculative building,” adds Ben Bannatyne, president, Prologis Europe, chief investment officer, Europe. “Market conditions remain very good as demand is diverse and broad-based, while supply remains disciplined. Our strongest markets include the Germany, the Netherlands, Czech Republic, Italy, Spain, Hungary, and Sweden in order of net operating income.”

At quarter-end, the company owned or had investments in, on a wholly-owned basis or through co-investment ventures, properties and development projects totalling 16.3 million square metres in Europe.