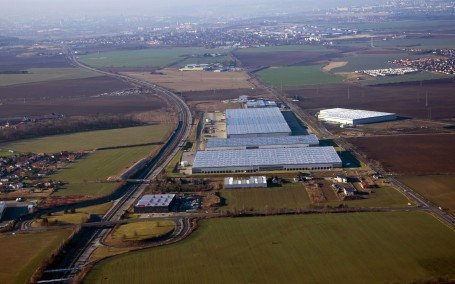 The Industrial Research Forum is pleased to announce the final Industrial Market figures for Q2 2015.

The final figures compiled by the Industrial Research Forum show the total of 139,800 sq m of modern production and warehouse space been supplied to the Czech industrial real estate market during the first six months of 2015 in the form of new developments, which is 36% below the H1 2014 supply.

In addition to new completions, an existing 21,300 sq m warehouse building was also added to stock during Q2 2015 upon acquisition by CTP. The total developer-led industrial stock in the Czech Republic currently stands at 5,257,900 sq m.

Gross take-up, which also includes renegotiations, amounted to almost 385,600 sq m in Q2 2015. This is 58% above the Q1 2015 gross take-up and 41% improvement on the demand recorded in the Czech Republic during the same period last year.

The largest leasing transaction of Q2 2015 is Globus extending their current premises in Prologis Park Prague – Jirny by approximately 33,500 sqm in a new BTS distribution warehouse. The second largest transaction is the pre-lease signed by IAC for custom-built premises at CTPark Zákupy (18,600 sqm) and the third largest deal is a lease signed by Hisense for existing premises at CTPark Pilsen (15,000 sqm).

The countrywide vacancy rate reached 6.9%, having dropped by 90b.p. since Q1 2015 and decreasing by 188 b.p. since Q2 2014. This represents 363,400 sq m of modern industrial premises ready for immediate occupation. Vacancy in Prague remained almost in line with the country average, also reaching 6.9% at the end of Q2 2015.

The largest portion of the vacant premises (40%) is found in the Greater Prague area, which is not surprising given the largest inventory of industrial space in the country.