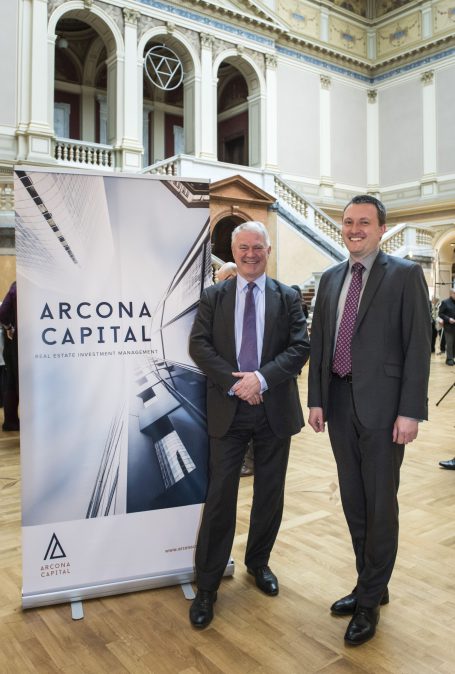 Arcona Capital, an independent property fund manager operating across the markets of Northern and Central Europe, announced it has become one of the partners of the Czech Philharmonic for the recently opened season of concerts. It symbolically coincides with the year of the 100th anniversary of the founding of the Czechoslovak Republic. The announcement of the partnership with the most significant orchestra in the Czech Republic follows Arcona‘s exceptional business year in 2017.

Arcona Capital was introduced as the new partner of The Czech Philharmonic Orchestra for 2018/2019. Thereby, Arcona has joined the 123rd concert season of the first Czech orchestra, led by the Chief Conductor and Music Director Semjon Bychkov.

“We have long wondered how to celebrate this milestone anniversary of the independence of the Republic. Finally, we went for music, as it has always played such an important role in the history of the country – especially on its way towards independence. I am so proud to partner with the Czech Philharmonic, which is one of today’s world leading performers of classical music,’’ said Guy Barker, CEO of Arcona Capital. “Without exaggerating too much, we can say there exists some similarities between managing an orchestra and managing investments: everything has to be tuned to perfection, and must have the right timing and right rhythm.”

The Czech Philharmonic will also be celebrating the centenary of the founding of the Czechoslovak Republic this year. The celebrations will culminate in the season’s highlight concert to be held on October 3 in the Dvořák Hall of the Rudolfinum. “We are delighted to announce Arcona Capital’s decision to support us. This partnership will enable us to offer
a program with renowned conductors and soloists to the listeners, as well as improving the facilities and conditions for the people of the philharmonic,” added David Mareček, CEO of the Czech Philharmonic.

Arcona’s support of the Czech Philharmonic is yet another milestone in the five-year history of the company in the Czech Republic. Last year was marked by many great results, both on the domestic market and in the wider region. Especially for its flagship Arcona Property Fund, which is targeting growth for the next three to five years that will see its asset value rise to
€ 500 million. The most significant transaction of 2017 in the Czech Republic was the sale of
a building on Drahobejlova Street in Prague 9 to the Czech Medical Chamber.